You are here: Home / Archives for oil on canvas

Artist: Caravaggio Year: 1608 Type: Oil on canvas Dimensions: 361 cm × 520 cm. Location: St. John's Co-Cathedral, Valletta This is the altar piece of the Oratory and was commissioned by Grand Master Alof de Wignacourt. It is the largest painting produced by the artist and the only one known to be signed. The Beheading of St John the Baptist … END_OF_DOCUMENT_TOKEN_TO_BE_REPLACED 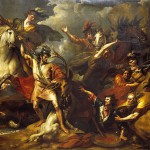 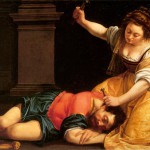 Author: Artemisia Gentileschi Title: Jael and Sisera Dimensions: 86 × 125 cm Support: Oil on canvas Sisera was a warlord to Jabin, the king of Canaan who had been oppressing the Israelites for many years. But under the leadership of Barak and Deborah the Israelites finally succeed in slaying Jabin's army. Sisera runs and seeks refuge in the tent of … END_OF_DOCUMENT_TOKEN_TO_BE_REPLACED

Autore: Tiziano Anno: 1571 Support: Oil on Canvas Dimensions: 189 x 145 cm The story of the rape of Lucretia was one of the best-known episodes in the early history of Rome. It told how Sextus Tarquinius, brutal son of the tyrannical king, forced the virtuous wife Lucretia to accede to his lust by threatening that he would kill both her and her servant-boy if … END_OF_DOCUMENT_TOKEN_TO_BE_REPLACED 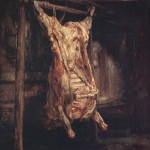