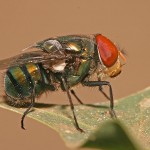 Non-biting blow fly Chrysomya megacephala is commonly found in dead bodies and is used in forensic investigations to determine the time of death, referred to as the post mortem interval. A report of synanthropic derived form of C. megacephala from Tamil Nadu is provided for the first time based on morphological features and molecular characterization through generation of … END_OF_DOCUMENT_TOKEN_TO_BE_REPLACED 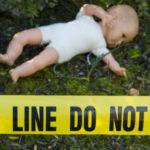 Back in 1976, a boy named Donald Miles Whaley, just 12 years old, liked to hang out at a local shopping center. Barbara Dyer Channell, who at the time worked at May Co., knew Donald - nicknamed Donnie - when he’d go to the department store to play its juke box. At the time, "His family lived down the street from my family on Graves Avenue", Barbara said. Now, after all … END_OF_DOCUMENT_TOKEN_TO_BE_REPLACED 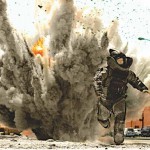 University of Adelaide research may help in the fight against terrorism with the creation of a sensor that can detect tiny quantities of explosives with the use of light and special glass fibres. Published in the journal "Sensors and Actuators B: Chemical", the researchers describe a novel optical fibre sensor which can detect explosives in concentrations as low as 6.3 ppm … END_OF_DOCUMENT_TOKEN_TO_BE_REPLACED 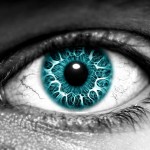 Human beings are highly efficient at recognising familiar faces, even from very poor quality images. New research led by a psychologist at the University of York is using advances in the level of detail available in digital photography to harness this human ability for use in forensics. As the most commonly photographed objects are faces, there is potential in mining detailed … END_OF_DOCUMENT_TOKEN_TO_BE_REPLACED 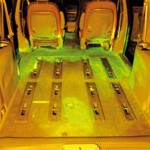 Leucomalachite Green (LMG) was a popular blood reagent used from at least the 1950's thru the 1990's. I'm sure some CSIs may still use this reagent but it is not nearly as prolific today. Most US forensic supply companies don't even sell the LMG reagent anymore. LMG has two primary uses in crime scene work. The first is as a presumptive blood test. LMG crystals are mixed … END_OF_DOCUMENT_TOKEN_TO_BE_REPLACED