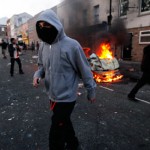 Gang members are twice as likely to become both a victim and an offender of a crime than non-gang members, as single acts of violence often lead to retribution between gangs as a whole, according to a new study. "In other words, gang members are not distinctly offenders or victims; instead, gang membership is a common source of both forms of violence," said David Pyrooz, an … END_OF_DOCUMENT_TOKEN_TO_BE_REPLACED 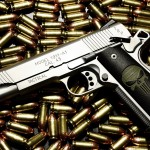 Someone with access to firearms is three times more likely to commit suicide and nearly twice as likely to be the victim of a homicide as someone who does not have access, according to a comprehensive review of the scientific literature conducted by researchers at UC San Francisco. The meta-analysis, published online Jan. 20, 2013, in Annals of Internal Medicine, pools … END_OF_DOCUMENT_TOKEN_TO_BE_REPLACED 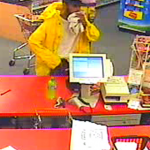 The FBI requests the public’s assistance in identifying the individual responsible for the crimes listed below. On November 17, 2014, a Black male subject entered the Rite Aid on J. Clyde Morris Boulevard in Newport News, Virginia, and approached the pharmacy counter demanding “Oxy”. The subject was wearing a black zip-up sweat shirt, a white shirt, dark pants, black shoes and … END_OF_DOCUMENT_TOKEN_TO_BE_REPLACED

When psychologist Earl B.H. Sutherland Jr., Ph.D, decided he didn't like the way forensic interviews in child abuse cases on the Crow and Northern Cheyenne Reservations were being conducted, he didn't complain. He took action. Forensic investigators would interview children as a way of gathering evidence for prosecuting perpetrators. But once they were finished, that was … END_OF_DOCUMENT_TOKEN_TO_BE_REPLACED 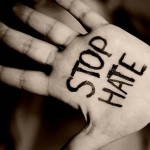 A "devastating" number of hate crimes are committed by people closer to home than many would like to believe, according to a new study by researchers at the University of Leicester. Harrowing examples of these crimes include disabled individuals being tipped from wheelchairs, human excrement being posted through letterboxes at homes and guide dogs being attacked in the … END_OF_DOCUMENT_TOKEN_TO_BE_REPLACED