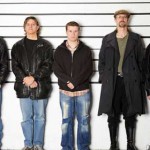 Steve Titus was in the prime of his life: a successful Seattle businessman about to marry the love of his life, Gretchen. On October 12, 1980, Steve and his fiancé decided to treat themselves to a romantic dinner. On that same night, across the city, an unnamed seventeen year old female hitchhiker reported to the police a rape that had occurred around 6:45pm on a secluded … END_OF_DOCUMENT_TOKEN_TO_BE_REPLACED 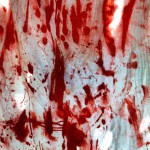 Crime scene investigators may soon have a new tool to help them catch evildoers. Researchers have demonstrated the proof-of-principle for a new forensic technique to identify individual fibers of cloth, which often all look alike. "White cotton fibers are so common and have so few visual distinguishing features that they are largely ignored by forensic scientists at crime … END_OF_DOCUMENT_TOKEN_TO_BE_REPLACED 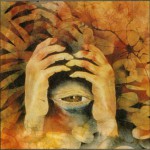 Artist: Louise Woodard Title: Violent Passages Year: 1989 "'Violent Passages' is a time-lapse painting of the artist's migraine sequence as she sees it. Her work focuses on the pain surrounding her eye and the confusion she feels, especially with numbers, as a result of the migraine." "For migraine sufferers, the artworks [of the first Migraine … END_OF_DOCUMENT_TOKEN_TO_BE_REPLACED 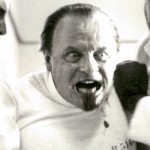 The sensationalized images of serial killers presented in the news and entertainment media suggest that they either have a debilitating mental illness such as psychosis or they are brilliant but demented geniuses like Dr. Hannibal “The Cannibal” Lecter in the iconic film The Silence of the Lambs. Neither of these two stereotypes is quite accurate. … END_OF_DOCUMENT_TOKEN_TO_BE_REPLACED 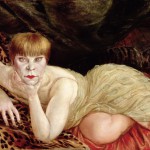