You are here: Home / Archives for Crime & Art 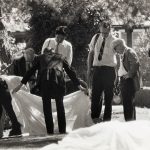 Every murder is haunting. But these true tales from the City of Dreams have obsessed Americans, sometimes for decades. Here are some of the most shocking, and unforgettable, Hollywood murders. Nicole Brown Simpson and Ron Goldman It’s the murder that sparked the trial of the century. In June 1994, football legend O.J. Simpson was arrested for the murders of ex-wife … END_OF_DOCUMENT_TOKEN_TO_BE_REPLACED 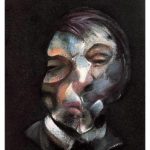 Title: Self Portrait Artist: Francis Bacon Year: 1971 Medium: Oil on canvas Francis Bacon, the artist, paints provocative and disturbing images that carry a raw sense of anxiety and alienation. They reflect that existential fear, loathing and incomprehension at the atrocities of the Holocaust that came to light at the end of World War Two. Francis Bacon was was … END_OF_DOCUMENT_TOKEN_TO_BE_REPLACED 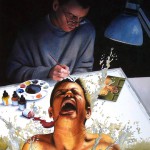 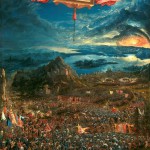 Title: The Battle of Alexander at Issus Artist: Albrecht Altdorfer Year: 1529 Type: oil painting on panel A painting is a static image. It shows things all at once. It cannot represent a sequence of events. But some kinds of prolonged activity it can manage. Among "the fittest subjects for painting" are "such actions whose incidents are all … END_OF_DOCUMENT_TOKEN_TO_BE_REPLACED 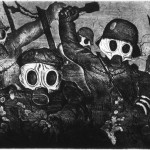